Can I get custody if I’m not the child’s biological parent?

Many households and family units don’t fit into traditional molds. Your family may consist of step-parents, adopted children, aunts and uncles, or even non-relatives who all play a part in raising the children. When biological parents are unable to care for their children, other close relations may be granted temporary or permanent custody.

Custody for Fathers With Presumed Parentage

Fathers who choose to raise children who are not biologically their own may have their rights challenged during custody battles. If a father does not have a definitive paternity test proving a biological relationship to the child, they may also establish paternity by one of the following:

Many different kinds of relatives may qualify as non-biological parents. If you helped raise a child but aren’t the child's mother or father, you may be able to assert your rights as a de 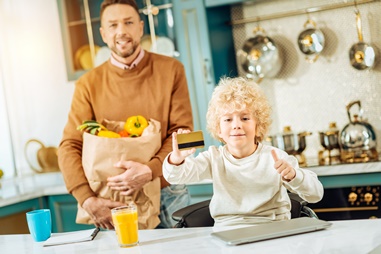 facto parent. De facto parents may include the biological parent’s siblings, parents, grandparents, in-laws, aunts and uncles, or friends of the family, but also parents in non-biological family units (such as step-parents or same-sex partners).

To petition the court as a de facto parent, you must have:

Custody for Relatives Who Are Not De Facto Parents

As of 2021, it’s much more difficult to obtain custody if you are a non-parent who does not qualify as a de facto parent. It’s also more challenging to get visitation if the child’s biological parent refuses to let you see the child. However, there are circumstances where a non-parent may be granted custody or court-ordered visits.

As a non-parent, you can only be granted custody of a child if:

If you’re unsure of your rights as a non-biological parent, you should speak with an experienced child custody attorney as soon as possible. At the Law Offices of Molly B. Kenny, we answer all of your questions and guide you through the legal process, ensuring your concerns for the child’s well-being are heard. Call us today to arrange a private consultation, or use our online contact form to have us get back to you.