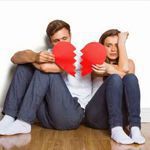 Divorce is an extremely personal issue, and each divorce is entirely unique to the separating couple. The intimate details of every divorce are unique to the relationship between the couple and any other parties involved, and no two divorces are identical.

That being said, many divorces are often preceded by similar causes that eventually lead to separation. These causes may include actions taken by one or both parties or by influences from outside of the couple.

The following includes some of the different types of divorce cases in Bellevue – that is, reasons that couples get divorced.

It may come as no surprise that couples who don’t communicate well may have difficulty staying together. A 2013 article in the Huffington Post even goes so far as to say it is the number-one cause of divorce, according to statistics posited by a survey by YourTango.com, which polled 100 mental health professionals.

Of course, failure to communicate is a root source that can lead to a wide array of other problems, many of which could be a reason for divorce.

Along with failure to communicate, infidelity may quickly lead to a divorce for married couples. And according to some statistics, infidelity is strikingly common; a TED Talks guest author on ideas.ted.com asserted that, according to studies, between 20 and 40 percent of heterosexual married men and 20 to 25 percent of heterosexual married women will be adulterous in their lifetimes. Learn more about adultery and divorce in Washington.

Of course, for some couples, this may not be a deal breaker; many may choose to patch things up after the affair occurs. Others, though, may wish to part ways.

Sadly, another reason for divorce is domestic violence or abuse. And that abuse doesn’t strictly come from men and isn’t always physical; both men and women can be perpetrators or victims of abuse -- physical or verbal. After abuse, the abused spouse may wish to seek a divorce immediately.

In some cases, spouses may have views in their head that don’t align with the realities of their relationship or marriage in general, which could lead to discontentment within the relationship. The statistics show that these expectations could have repercussions; a paper published by Utah State University citing statistics from a national survey claimed that, of the study group, 45 percent said that unrealistic expectations was the reason for their divorces.

According to a 2011 study by the Pew Research Center, average age at first marriage is approximately 26 and 28 for women and men, respectively. Although this is much older than even a few decades ago, it still could be too young to last for many couples. The same survey cited by the Utah State University paper asserted that 46 percent of the divorcees questioned believed they were too young when they got married, which ultimately led to the divorce.

Are You Set on Divorcing Your Spouse? Call Our Office for Help

In some cases, couples can prevent a divorce by working diligently to repair the relationship. In others, however, it may be best to step away and seek a divorce.

If you are considering the latter option in Bellevue, the Law Offices of Molly B. Kenny can help. Together we can decide on the best option for you and what steps you must take to finalize your divorce. Reach out to us today by calling 425-460-0550.