Does adultery matter in a divorce in Washington State?

Adultery has no bearing on a divorce in Washington State. Cheating doesn't matter because Washington State is a "no-fault" state, which means that either party can file for divorce without providing proof of a particular cause, such as adultery.

Instead, the filing party only has to state that the marriage is "irretrievably broken." Because adultery doesn't matter in a Washington State divorce, it does not impact the parenting plan or divorce settlement.

Grounds for Divorce in Washington 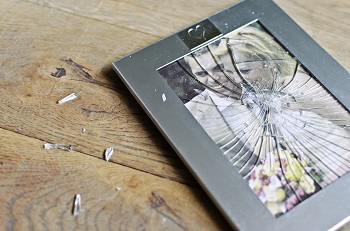 Some states require that the spouse filing for divorce has a legal reason or “grounds” for divorce. In these “fault states,” the filing spouse tells the judge why she wants a divorce and explains the marital misconduct (such as adultery) of the other party. The grounds will be a matter of record and may impact the child custody, alimony, and the divorce settlement.

Washington State, on the other hand, is a no-fault state. Because Washington subscribes to a no-fault philosophy, the courts don’t give any consideration to the reasons you want a divorce. In fact, Washington judges won’t hear couples’ nitty gritty qualms or their dirty laundry. All the filing party must specify is that the marriage is unfixable and irreconcilable.

Factors the Judge Considers in a Divorce

The law makes it very clear that judges are not to consider fault when determining divorce arrangements. As such, adultery does not come into play in decisions about custody or property division, nor does it impact spousal support, a common concern amongst couples.

Many wronged spouses want to use the adultery as the reason to convince the judge that they deserve alimony, but this won’t impact the judge’s decision.

The only kinds of factors that Washington courts consider when determining alimony include the following:

Does Infidelity Affect the Settlement?

Since Washington is a no-fault divorce state, you cannot cite the infidelity of your spouse, or cheating as the reason for divorce. The courts are not interested in why your marriage fell apart. Does that mean that cheating has absolutely no impact on the divorce, or that your spouse’s adulterous behavior has absolutely no influence on the financial settlement that you received? Not exactly.

How Infidelity Can Affect the Divorce Settlement

While you cannot name your spouse’s adultery or cheating as the basis for the divorce, you can use his or her behavior to influence the financial terms of the divorce settlement.

Say, for example, during the adulterous relationship, your spouse rented a luxury apartment for his girlfriend. In a settlement, your divorce attorney could argue that you deserve the cost of the apartment on top of a standard dissolution of marriage amount. However, for this, you must prove these expenses with documented evidence

That doesn't mean that you undertake illegal activities, like hacking into your spouse’s social media or email accounts. While commonplace, logging on to someone's account is illegal without permission.

Any evidence that you procure through such activities is probably not admissible in court. If you suspect that your spouse is cheating on you, use legal means to obtain evidence. This means hiring an investigator, usually, so verify to yourself first that the cost is worth it.

If you were mistreated during the marriage in other ways, like having your spouse openly flaunt his/her affair, then your settlement could ostensibly be higher. Higher settlement amounts very often are determined by hiring a competent divorce lawyer.

If the adulterous relationship was also accompanied by violence or abuse in your marriage, then a court may consider this an extenuating circumstance. It is possible you could be awarded additional funds as the abused spouse if your divorce goes to court.

It is possible to fully answer questions about adultery and divorce only on a case-by-case basis. Discuss your case with a divorce lawyer, and find out if you can obtain an increased settlement amount based on adultery in your marriage.

Reaching for a Divorce Resolution in Washington

You will also want to have an attorney review your case to assist with negotiations, offer tips on how to achieve an amicable divorce, and protect your interests. For a divorce lawyer in Washington, call the Law Offices of Molly B. Kenny today at 425-460-0550 for a consultation.