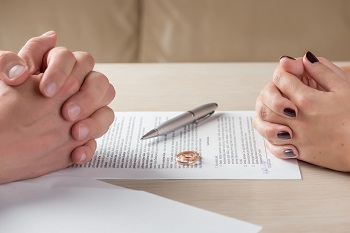 This is generally one of the most common clauses contained within pre- and postnuptial agreements. A division of assets clause may determine which assets will be deemed non-marital property and thus the rightful property of one spouse in the event of a separation.

These clauses are especially important in Washington, which is a community property state (a state that deems all property obtained after the marriage as the property of both spouses). Those wishing to retain rights to a specific asset acquired during the marriage can include this in a marital agreement.

A pre- or postnuptial agreement may include a clause providing spousal maintenance, also known as alimony, by one spouse to the other. This may be common for situations in which one spouse is the higher earner or one spouse stays at home with children while the other works. A spousal maintenance clause can help protect the non-earning spouse if a separation occurs.

Inheritance of Children from a Previous Marriage

Prenuptial agreements also provide for the spouses to determine specific financial responsibilities of each spouse during the marriage, as well as the relevant consequences for not upholding the contract. This can be a way to ensure that both spouses are abiding by the promises they made before the marriage began.

What makes a marital agreement invalid?

In Washington, a marital agreement may not include any agreements about child support or child custody, or anything else that would affect the wellbeing of the child if a divorce were to occur. The law provides that children have a right to support from both parents, regardless of the terms of a marital agreement.

Additionally, a marital agreement will not be deemed valid if any of the following circumstances are true.

Let Us Help You Create a Marital Agreement

A marital agreement can help fulfill your wishes upon divorce. In order to ensure that it is a valid agreement and protects your rights, however, consult with a nuptial agreement lawyer in Bellevue for help drafting the document. The attorneys at the Law Offices of Molly B. Kenny have experience helping clients with these agreements, and are prepared to assist you today. Call our Bellevue law office for a consultation at 425-460-0550.