The Parenting Act of 1987 was designed to put the child's best interests first in a custody case. The Parenting Act made Parenting Plans a mandatory part of legal separation, annulment, or dissolution of any marriage where minor children are involved. The parenting plan can be worked out informally between the parents or determined by a judge, but the document must pass court approval.

What is a Parenting Plan? 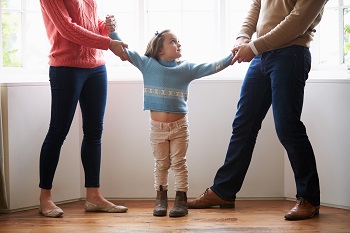 During your Washington State child custody case, you may be surprised to find that your attorneys and the courts aren’t using the words that you associate with these cases, such as “sole custody” and “joint custody.” Instead, you will likely hear the words, “parenting plan.”

Parenting plans go beyond the idea of joint custody and sole custody and instead focus on the fact that all families are different, and co-parenting solutions after divorce should be as diverse as these families.

A Parenting Plan is a legal document that outlines a detailed custody plan for a child or children until they reach the age of 18. In more detail, parenting plans address several custody issues, including:

This section determines who has the authority to make decisions about the religious and cultural instruction, education, and health care of the child(ren). One parent may be given full authority, the parents may divide the responsibility between them, or the agreement may state that both parents together must make these decisions.

Physical Custody, or the Residential Schedule

Plans for living arrangements must take in to account school schedules, transportation, length of stays or parent visits. The law requires that these arrangements be laid out clearly and specifically in the parenting plan.

Parents must commit to a procedure to deal with any disputes that arise in the future. Parents decide on a conflict-resolution strategy and may name a person or agency that will be called upon if disputes arise.

Relocation and Revising a Parenting Plan

The law states that any change in a parenting plan must be in the best interests of the child, and that revisions should only be made when there has been a major change in the life of a child or a parent that requires the revision.

The most common reason to revisit a parenting plan is relocation of a parent. If one parent plans to move any significant distance, this change of location can disrupt the child(ren)'s residential schedule and limit one parent's ability to make informed decisions as laid out in a parenting plan.

A parent must have strong and convincing reasons for relocation. These reasons may include work when the parent has no reasonable employment option if they do not relocate. Family, support systems, and the need to care for an aging parent may be other sufficient factors, but on the whole, the law emphasizes that the child's need for stability trumps the parent's desire to relocate. 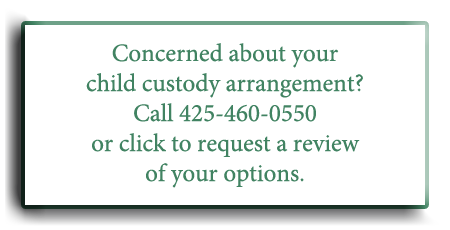 Clearly, relocation-or any other revision of a parenting plan-is a difficult legal issue. Parents would be wise to consult an experienced attorney where an existing parenting plan is in question.