How long must I have lived in Washington in order to file for divorce in the state?

As long as you intend to remain in the state for the foreseeable future, you need only reside in Washington on the date that you file your divorce petition. However, if you and your spouse are now residing in separate states, either state could potentially have jurisdiction over your divorce.

How Washington Divorce Affects Spouses Who Live in Different States

If you and your spouse currently live in separate states, you should carefully consider where to file the papers. Washington state divorces follow community property laws, but most US states observe equitable distribution law. If your spouse earns significantly more than you or has more assets in their name only, 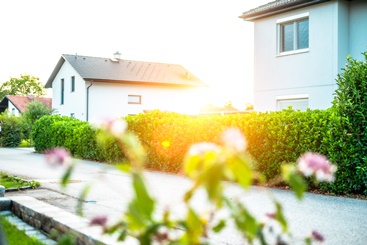 If two different states are eligible to have jurisdiction over a marriage, the state that will preside over the case will be the one where the divorce petition is first filed. If your spouse files first, you could be required to travel there for divorce proceedings.

A multi-state divorce may also be complicated by:

Divorce is a stressful and complicated process, but we can ease your burden by taking the legal matters off your plate. We work hard to put you in a position that allows you to move on to the next phase of your life as seamlessly as possible. Call the Law Offices of Molly B. Kenny today to arrange a private consultation, or use our online contact form to have us get back to you.