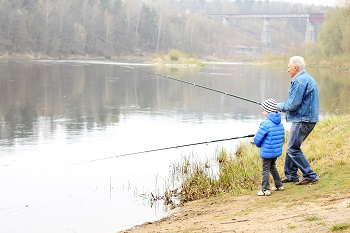 Divorcing couples who have children have to deal with parental rights, custody issues, and visitation schedules. They might also have to consider how to handle their children’s relationships with their grandparents, and whether or not they support those relationships. We often get questions from clients about whether they can revoke grandparents’ visitation rights in Washington State after a divorce or whether they have to let their in-laws see the kids.

Do Grandparents Have Rights to Visitation After a Divorce?

Each state handles grandparents’ rights in different ways. In Washington, grandparents have no legal rights to visit their grandchildren after a divorce. This decision was made in the 2000 Troxel v. Granville case, when Washington State Supreme Court Justices decided that the current child visitation laws, which allowed anyone to see the children if it was in the child’s best interest, was much too general and vague.

The Troxel v. Granville case went to court after Brad Troxel’s suicide, leaving behind an estranged girlfriend, Tommie Granville, and two daughters. After his death, Brad’s parents wanted visitation rights with their two granddaughters, but Tommie and her new husband wished to limit their time. The grandparents petitioned the courts for visitation rights, and the case eventually made its way to the Supreme Court.

Prior to this case, anyone – including grandparents – could petition the Washington courts for rights to visit a child. At the time, RCW § 26.10.160(3) permitted “[a]ny person” to petition a superior court for visitation rights “at any time,” and authorized the court to grant such visitation rights whenever “visitation may serve the best interest of the child.”

In the Troxel v. Granville case, the Washington Supreme Court declared that RCW § 26.10.160(3), which the Justices called “breathtakingly broad,” unconstitutionally impeded a parent’s right to raise their children. The Court denied the grandparents’ petition. The Court’s final decision was to let the children’s parents decide whether their grandparents could visit.

Do I Get the Final Say in My Children’s Visitation with Their Grandparents?

Generally, Washington law provides that it is the child’s parents who decide who can or cannot see the child. Your authority as a parent to stop contact between your children and your former in-laws depends, in part, on whether you have full legal custody or shared legal custody of your child.

Have You Considered Why You Want to Stop Visitation?

Before making any decisions that could affect your children’s lives long-term, think for a moment about why you want to limit visitation with grandparents. Is it because you feel the grandparents are harmful to your children in some way? Or is it because it is inconvenient or are you doing it out of spite?

Just remember that during a divorce, you will need to set aside any personal issues or vendettas you may have. If having a relationship with your in-laws will be harmful in some way to your children, then by all means, do what you can to limit visitation. However, if your reluctance is for personal reasons, it is far better to set those aside and make decisions based on the best interests of your child.

How Can I Protect My Rights as a Parent Going Through a Divorce?

From my years as a divorce and custody lawyer, I know that sometimes parents going through divorce need help protecting their children’s best interests. If you are facing a difficult situation with your child’s grandparents, whether it be your own parents or your former in-laws, give me a call today.