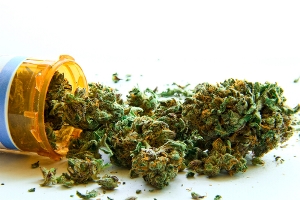 With recreational marijuana now legally available to adults in Washington, its use may become more prevalent. Medical marijuana has been legal in Washington state since 1998, and recreational use was recently made legal in 2012. But use of marijuana and child custody is still an issue in Washington state and it is unclear how these laws will impact custody outcomes in the future. Across the state, some parents see their parenting plans significantly limited because of marijuana use. After all, moderate alcohol consumption around one’s own children typically does not cause any legal problems.

Unfortunately, however, with the laws still in their infancy, parents who choose to use marijuana could, in fact, face consequences for allegedly putting their children in danger. As reported in a Washington Post article from June 2014, a Colorado man temporarily lost custody of his kids after receiving a medical marijuana card.

Child protection authorities in Michigan removed a couple’s daughter after an ex-husband claimed that the legal medicinal pot grown in the home was a danger to the girl. The courts eventually ruled in the parents’ favor in each case. Here it is important to note that the parents were punished for their choice to use or grow marijuana, even though it was deemed legal in their states.

Judges Have Various Opinions When it Comes to Marijuana & Child Custody

RCW 69.51A.120, "Parental rights or residential time - Not to be restricted" is a Washington law that prohibits the restriction of a medical marijuana patient or designated provider from his or her right to child visitation and parental rights. This holds true unless substantial evidence shows a long-term impairment that interferes with a parent's ability to perform parental functions.

Even with this law and the legalization of recreational marijuana, many judges still hold a bias against marijuana users of any kind. The following tips may help improve your situation during a custody hearing.

•    Be truthful about your marijuana use. Make sure that you obtain your marijuana from legal retail stores and only possess the amounts allowed by law.

•    Explain your consumption habits. Try to limit marijuana use to only when your children are not in your care.

•    Be open to compromise. The judge may require that you undergo regular drug testing to ensure you do not consume marijuana while you have custody of your children.

As Washington state legislators become more familiar and comfortable with recreational marijuana, the views on marijuana use and child custody may change. Just because your custody agreement is restrictive now due to your marijuana use doesn't mean it cannot change in the future.

Another example of parents affected by marijuana use and child custody is the case of Julian Robinson, a Castle Rock, Washington, man whose medical marijuana use led to a court order that keeps him at least a quarter-mile from his children. The man misses church activities and baseball games – even though he isn’t taking the drug illegally. Though he happily cares for his four younger children, he was told by a judge that he was unable to see his older children – who he raised without concerns for 13 years. His spouse argues that she does not want her children around a federally illegal substance.

Whatever side you are on, the marijuana use and child custody controversy will continue in Washington State until lawmakers or judges can come to a consensus and a solution. If your parental rights are in jeopardy due to marijuana use the Law Offices of Molly B. Kenny is here to help. Contact us online or call us at 425-460-0550.