Is Verbal Abuse A Crime in Washington? 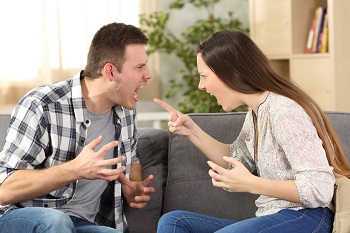 Verbal abuse and verbal assault are tricky topics when it comes to the law and what constitutes a crime. However, if you can prove that a person such as your partner or spouse threatened to harm you under certain circumstances, verbal abuse may indeed lead to criminal charges.

What Is Verbal Abuse?

Verbal abuse takes place when words are used to inflict pain, harm, and control over another person. Forms of verbal abuse, which most often takes place between those who are in a relationship or used to be in a relationship, include yelling, swearing, blaming, threats, insulting, name-calling, blaming, and intimidations. Verbal abuse can lead to feelings of isolation, low self-esteem, depression, loss of self, and post-traumatic stress disorder. Those who believe they are victims of verbal abuse should remove themselves from their unhealthy environment as quickly as possible. For help in the Washington State area, click here for a list of local Seattle abuse resources.

Is Verbal Abuse Considered A Crime in Washington?

Generally, verbal abuse and emotional abuse are not themselves crimes. But Washington State does have several laws that are sometimes applied to cases of domestic verbal abuse. For example, a person who is loudly and disruptively shouting at their spouse may be charged with Disorderly Conduct.

More commonly, a person who is verbally abusing his or her spouse or partner may be met with a Harassment charge. It is important to note, however, that this charge requires specific types of verbal abuse: your spouse must threaten you in a manner that is reasonable to believe. In other words, if his or her threats are empty ones, it is not likely that charges will follow. On the other hands, if he or she threatens to assault or kill you and it is reasonable that he or she may do so, a law has been broken.

Aside from the question of whether verbal abuse is a crime in Washington State, it is vital to understand that verbal abuse is often an indicator of emotional abuse and future physical abuse. If your partner or spouse is calling you names, shouting at you, or threatening you, that abuse may escalate to even more damaging forms of abuse. In addition, you should understand that verbal abuse — even if it is not breaking a law — can have serious and long-term effects on your mental health and wellbeing.

Do you need legal assistance regarding verbal abuse, emotional abuse, or physical abuse? Call a Seattle domestic abuse attorney at the Law Offices of Molly B. Kenny today at 425-460-0550.