What should I do if I’m falsely accused of domestic violence?

Domestic violence is a serious problem all across the nation, including in Washington, and charges need to be taken seriously in order to protect lives. However, a false accusation of domestic violence by your spouse can leave you feeling embarrassed, angry, and afraid for your future. It’s easy to become paralyzed by emotions or act rashly in the aftermath, which may only make things worse. However, there are steps that you can take to protect yourself and how to get legal help. 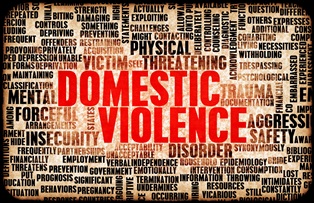 After a False Accusation Is Made

A false accusation can be a powerful destructive force in your life, potentially alienating you from your family, friends, and even co-workers if the word gets back to your employer. It’s an extremely damaging form of revenge emotionally, socially, and legally. Sometimes it is used as an attempt to gain leverage during a divorce, particularly during child custody proceedings, as a domestic violence charge could result in losing custody or visitation rights, or both.

Domestic violence carries serious legal penalties that can affect your life for a long time. Most domestic violence is charged as a fourth-degree assault, which is considered a gross misdemeanor. A conviction can result in up to a year of jail time and a fine of up to $5,000, plus mandatory therapy that can take a year. A more serious charge is a second-degree assault, which is a class B felony. A conviction for this can result in up to a decade of jail time and as much as $20,000 in fines.

With either charge, it’s likely that you’ll lose the right to possess a firearm or a concealed carry license in the state of Washington if you are convicted. You also face the prospect of losing your job, particularly if you’re in the military, law enforcement, or certain other public service positions.

False Accusations Are a Crime

You should be aware that the state of Washington takes false accusations seriously. The person who makes a “false or misleading statement to a public servant” such as a police officer can be charged with a gross misdemeanor under state law. This type of crime can carry a penalty of up to a year in jail and a fine of up to $5,000. There may instead be a charge of “obstructing a law enforcement officer” in the discharge of his duties, which can carry similar penalties.

What to Do Next

Talk to an attorney as soon as possible, especially if you’ve already been arrested. Washington law mandates that an arrest be made if the violence is believed to have happened within the past four hours. Your attorney will be able to advise you of your legal options and what to do to protect yourself.

A no contact order or other protective order may be issued as well, legally barring you from speaking to or contacting your accuser. It’s important that you not violate this order. Your main recourse is to go through the legal system, which is why it’s vital that you reign in your emotions, get legal help, and think carefully before you act after the accusation is made. By keeping a cool head, you can avoid making the situation worse and ensure that your legal rights are protected.

How to Get Legal Help

At the Law Offices of Molly B. Kenny, we know how serious domestic violence is and how damaging false accusations can be. Not only does it hurt everyone involved in the situation, it also harms all the men and women who truly are the victims of domestic violence. Know that we treat all of our clients with respect, and we will work tirelessly to gather the necessary evidence that can disprove false allegations of domestic abuse and violence.

For a private consultation in our Bellevue office, please use our contact form to send an email, or call us today to discuss your situation.