Child custody matters are difficult enough without the added strain of an underlying mental illness. Mood disorders and mental conditions have a devastating impact on victims and can make a difficult divorce and parenting decisions even more challenging. While a parent’s mild anxiety or depression generally isn’t an issue, it could affect custody if a child or a parent is struggling with mental illness.

How Mental Illness Can Impact Your Parenting Plan

Mental illness is a term that covers a wide range and extent of conditions—depression, anxiety, addiction, bipolar disorder, obsessive-compulsive disorder, schizophrenia, and many 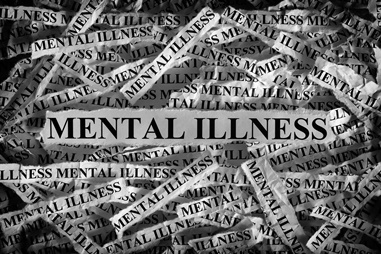 other disorders. Each condition has different symptoms, treatments, and effects on a sufferer. The mere presence of a mental illness is not enough to deny custody or limit a parent’s access to their child.

If parents cannot come to an agreement about the parenting plan, a judge will finalize the plan and therefore determine custody. In Washington, a judge is obligated to act in the best interests of the child, and a parent's mental and emotional stability is a relevant factor in caring for children. However, a judge usually only limits visitation based on mental illness if the parent’s condition has a measurable negative impact on the child's care.

A judge may create a parenting plan that considers:

It’s important to remember that a judge’s primary concern is whether mental illness negatively impacts parenting ability. If the condition doesn’t affect your finances, your relationship with the child, or your ability to provide a safe and stable living environment, it shouldn’t affect the outcome of your custody case.

Let Us Help With Your Custody Dispute

Whether you are mentally ill yourself, have a mentally ill child, or are seeking a divorce from a mentally ill spouse, a family law attorney can help. When constructing a parenting plan for your child during a divorce, the most important thing to consider is what’s in the child’s best interest—especially a child struggling with mental illness.

At the Law Offices of Molly B. Kenny, our legal team will work with you to make sure that your child’s needs are addressed and get a custody agreement that is fair for both you and your child. Call us today at (425) 460-0550 to talk about your situation before making any big moves, or use our online contact form to have us reach out to you.