After a long presidential election season, nearly every poll prediction was proven wrong when Republican candidate Donald Trump won through the Electoral College process. Now, the United States is preparing for an upcoming Trump presidency that’s supported by a conservative Vice President with a historically anti-LGBTQ platform, a range of conservative (and in some cases, controversial) cabinet appointments, and a Congress with a conservative Republican majority. Many wonder what this means for the residents of states like Washington, who often ride the forefront of socially-liberal causes like same-sex marriage, and if they’re at risk of losing their civil rights. 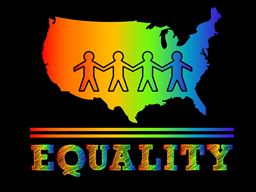 The Status of Same-Sex Marriage in the State of Washington

Washington officially recognizes same-sex marriages and was the eighth state to do so. While Washington briefly enacted State Registered Domestic Partnerships (or SRDPs) for same-sex couples in 2007, these were eliminated when former Governor Christine Gregoire signed legislation in 2012 that both permitted same-sex marriage and automatically converted all existing same-sex SRDPs to marriages as of 2014, with all of the rights and privileges contained therein.

The Potential Impact of a Trump Presidency

President-elect Trump has offered a confusing position regarding the topic of gay marriage, stating early on in his campaign that “the institution of marriage should be between a man and a woman,” and he was for “traditional marriage.” However, he has recently (as of a November 2016 interview) suggested that he was “fine with” same-sex marriage, and that the matter has “been settled.” That seems like good news for same-sex partners and signifies that he may not be personally interested in taking away same-sex marriage rights, at least initially. Further, the president cannot overturn a Washington State law, so in that respect, the right for Washington’s LGBTQ residents to marry remains protected.

The president does not have the power to unilaterally overturn a Federal law or ruling that has already been passed or issued. The 2015 U.S. Supreme Court ruling in Obergefell v. Hodges made clear that it is unconstitutional for states to pass same-sex marriage bans or to not recognize same-sex marriages from other jurisdictions, thanks to the protections of the Fourteenth Amendment. This ruling is safe—for now.

However, there is some concern that with the open position for a Supreme Court Justice, the Trump administration could (and likely will) put forth a more socially conservative nominee. The administration could also end up providing two more nominations during Trump’s four-year term as elderly Justices prepare to retire, or if one should pass away unexpectedly (as did Justice Scalia, leading to the current vacancy).

Additionally, the Supreme Court cannot unilaterally overturn a Federal law or ruling that has previously been made. However, if there is a new legal case that challenges same-sex marriage and the appeals process carries that case all the way to the Supreme Court, the Court may choose to hear that case. With a panel of Trump-appointed Justices that all lean conservatively, there is a chance that the precedent set in Obergefell v. Hodges could then be overturned in the future.

With both a House of Representatives and a Senate that are weighted conservatively, another risk is that a law will be written and passed that directly challenges the right to same-sex marriage on a federal level. Congress could potentially pass a law that negates federal recognition of same-sex marriages, altering the tax situation for couples and causing loss of certain federal benefits, for example. It’s hard to say whether President Trump would sign such a law into existence given his mixed messages, but it’s a possibility that can’t be ruled out.

There is no crystal ball that can predict what’s going to happen with the right to marry for same-sex couples. There are so many variables in play, it’s hard to say exactly what the future holds. But for the moment, at least, same-sex marriages are still here, and they’re unlikely to go away in the immediate future.

The Law Offices of Molly B. Kenny offers legal services in divorce and family law. Our attorneys have considerable experience with same-sex partnership issues and are here to help you when you need legal assistance. To arrange a private consultation in our Bellevue Offices, call us at (425) 460-0550.