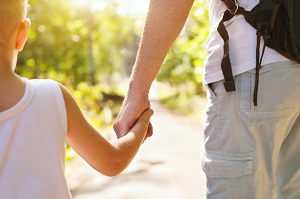 Headlines in Ohio this week shockingly revealed that the mass murder of 8 members of a southeast Ohio family was probably motivated by a child custody dispute. Six members of the Wagner family have been indicted for their alleged involvement in the murder of eight members of the Rhoden family.  The prosecutor has not yet announced whether they will seek the death penalty. Ohio’s death penalty law was recently upheld by the Ohio Supreme Court.

Motive May be To Prevent Child Custody Fight

The prosecutors allege that the Wagner family was obsessed over the custody of a 2 year old girl, whose mother was murdered, along with her parents, 2 brothers, an uncle, cousin and her brother’s girlfriend.  Reports of the crimes have suggested that the Wagner’s plan was to eliminate all the family members who could seek custody of the child. The four Wagners charged with murder include the child’s father, grandparents and uncle. The child’s father is also charged with a sex crime because the child’s mother was only 15 when she became pregnant and the age of consent is 16 in Ohio.  Two of the child’s great-grandmothers were charged with felonies for their alleged attempts to cover up the crime. Three other Rhoden children, under age 3, were present when the murders took place.

The investigation of the crimes took nearly three years. Initially, it was thought that the murders were motivated by a dispute with a Mexican drug cartel that was allegedly doing business in the community.  The Wagners have denied any involvement in the mass murders, and issued a statement through their lawyer that they look forward to vindication and finding the true culprits.

What happens to the child?

The child is now 5 years old, and in the care of the state child services agency. The prosecutor stated that completion of the trial process will likely take years. There are no reports of any other relatives who will step in to seek custody, so the child will likely remain in foster care.

The professionals at the law offices of Molly B. Kenny believe that child custody battles can be resolved using legal processes that result in parenting plans that are in the best interest of the child.