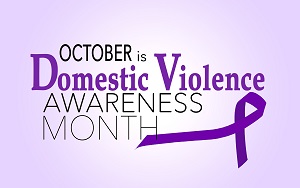 Throughout the month of October, advocacy groups across the country have participated in Domestic Violence Awareness Month by promoting a “call to action,” seeking more than just talk and awareness of the problem, but also encouraging everyone to take some affirmative step toward helping someone who has suffered from the actions of an abusive partner.  So what can you personally do to help?

Help a Friend Recognize the signs of an Abusive Relationship

Victims of domestic violence often feel shame and are afraid to admit their abuse, even to their closest friends and family.

Knowing the signs of an abusive relationship is the first step to helping others.  Numerous local resources are available from trustworthy non-profits, shelters, and the justice system.  If you can’t convince your friend to call a hot-line and speak with an expert, an advocate with the National Domestic Violence Hotline recently suggested hosting a movie night or recommending a movie or novel that portrays the reality of abusive relationships.

Even if you don’t have a friend in an abusive relationship, perhaps you can help your community by donating one of these books to a “Little Free Library” or making a financial donation to a local shelter. Click here for one-minute videos, each offering one little thing you can do to support survivors of domestic violence.

Help a Friend get Legal Help to Stop the Abuse

If you have a friend or relative that is in an abusive relationship, you may be able to convince them to take legal action and enforce their legal right to stop the abuse.   At the Law Offices of Molly B. Kenny, our experienced family law attorneys can help them get a protection order, file for divorce, press criminal charges, and understand the local options available for shelter, counseling, and other necessary assistance.