Pet Custody During Divorce: Who Gets the Dog? 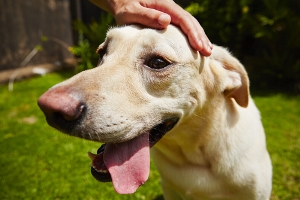 Division of property is always difficult during a divorce, but this can be especially true when that property comes with an intense emotional connection. This makes pet custody a complicated issue. A Washington State property division lawyer can help you attain dog custody or custody for any of your animals.

In a divorce, the courts will consider your furry friends as property. In the same way you decide who gets to keep the house or the boat, you will also have to negotiate with your former partner about who will keep the pets.

Is My Pet Considered Community Property?

In some cases, the custody of a beloved pet is very clear-cut. If one party owned the pet prior to marriage, it is considered separate property and not community property. This means that custody of the pet belongs with the spouse who originally owned him.

In many other cases, however, the couple bought or adopted the pet during the marriage. This makes the pet community property. This means that the courts will consider the pet a shared asset during the divorce, and custody must be agreed on by the divorcing spouses or awarded by the judge.

How Does a Judge Decide Who Gets Pet Custody After a Divorce?

Pet custody is a common cause of conflict in divorce, but letting the judge make the decision may not be the best option. Washington State law does not provide any legal framework specifically geared toward the custody of pets after divorce, so the judge can make any decision he sees fit.

While judges occasionally will rule that there be joint custody of a pet, these occurrences are unique and rare enough that they often make headlines across the country. There is little legal precedent to split any type of marital property in this way.

Unlike child custody cases where the decision is made based on the best interest of the child, pet custody decisions are typically based on who legally owns the dog or who has been caring for the animal. In an instance where there are multiple pets, they may be divided between the two spouses even if the animals show a distinct attachment to one another.

How Can I Increase the Chances of Joint Pet Custody?

While judges in Washington are unlikely to award joint custody of a pet, there is no reason spouses cannot voluntarily agree to a shared-custody agreement during mediation. When possible, coming to an agreement in mediation or other negotiations before going to court is the best option. The two of you are much more likely to consider your pets’ best interest as well as your own emotional attachments than a judge would.

There are a number of different options to consider when it comes to pet custody. Some couples choose to shuttle the pet between the two houses regularly, mirroring their custody arrangement with their children. Others opt for a schedule that allows each partner to spend six months a year with the animals. Still others schedule weekly trips to the dog park or other visitation instead of a shared custody arrangement. That is the beauty of making this decision in mediation; the options can be whatever works best for you and your former spouse.

Do I Need to Talk to a Lawyer?

A lawyer will be able to discuss the outcome of other similar pet custody cases in your area, offer pointers for mediation, and help you to prove to the court that you are the party most suited to care for your animals. An attorney can also help you to figure out a visitation schedule for the pet if necessary.

To learn more about pet custody and other asset division during a divorce in Washington State, contact the attorneys at the Law Offices of Molly B. Kenny at 425-460-0550 today.