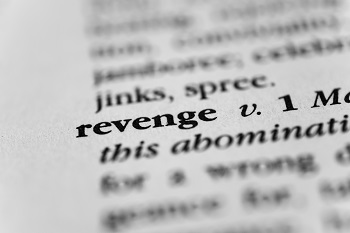 Domestic violence isn’t just about physical violence and assault. It’s also about controlling the victim, emotional abuse, and exerting power over others. If you understand this, it’s easy to understand why it is common for some abusers to respond to domestic violence charges, divorce papers, child custody orders, or protection orders with a landslide of retaliatory lawsuits and abusive litigation.

Truthout covered the story of a woman in Kitsap County, Washington, who was physically and verbally abused by her husband for 13 years before she filed a protection order against him followed by a divorce. Although she thought she was freeing herself from his violent control over her life, she soon found that he had filed eight different lawsuits against her, her family members, and even her employer. Suddenly, she once again felt intimidated, unsure, threatened, and controlled.

Abusive litigation can have a number of negative consequences for domestic violence victims. Not only do they feel helpless and victimized once more, they also feel unable to escape the abuse even after using the avenues that were promised to help them. In addition, they may feel like stopping their fight for freedom, child custody, or a fair share of property in the divorce because they are intimidated, exhausted, or scared.

Luckily, Washington State enacted a law specifically to stop abusive litigation in domestic violence and child custody cases in 1989.  The Anti Strategic Litigation Against Public Participation (anti-SLAPP) are designed to stop abusers from pursuing litigation that is only meant to deter someone from communicating with police or other government agencies.

Unfortunately, many domestic violence survivors don’t realize that the actions of their abusers when it comes to abusive or retaliatory litigation is illegal in Washington State – or that they can take action to stop these lawsuits and get back control. At the Law Offices of Molly B. Kenny, we can make certain that you know your rights and that you are protected against the continued emotional abuse of your ex. Call one of our Seattle domestic violence lawyers today to learn more about your case and your best avenues for legal action.