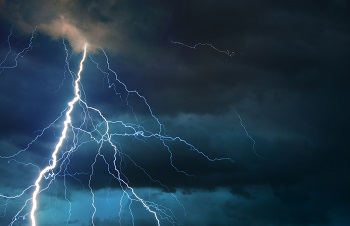 Bonnie Bucqueroux, the former coordinator of the Victims and the Media Program at the University of Michigan, told Good Morning America that she dreaded cold weather, snowstorms, and winter. Why? She was more likely to be abused by her husband when temperatures dropped. She recalled one incident when her partner threw her across the room for no reason and another when he locked her out of their trailer in the dangerously cold weather.

Statistics and studies show that the rates of domestic violence increase during adverse weather, including cold snaps, severe storms, and even simple rainstorms.

Domestic violence experts believe that bad weather could increase family abuse for a number of reasons:

According to the Rape, Assault, and Incest National Network, their sexual assault hotline becomes 20 percent busier in the cold winter months – and significantly busier during snow and winter weather. In the United Kingdom in 2012, authorities in Devon and Cornwell reported responding to 75 different domestic abuse incidents in just 24 hours, all during a heavy rainstorm. Finally, several studies have found that crime rates increase dramatically during extremely hot weather, when tempers may be shorter.

What should potential abuse victims do if they are afraid they may be assaulted by a partner with “cabin fever”? Experts stress that if you aren’t able to leave the house or find safe transportation, you should call the authorities if you feel you are in danger.