What does the term “irreconcilable differences” mean?

There are many reasons why a couple chooses to get a divorce. Money problems, cheating or infidelity, drug and alcohol addictions, or simply falling out of love with one another are some of the most common causes cited for splitting up. 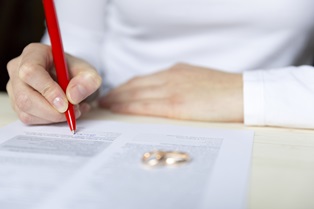 However, when it comes to the legal paperwork for your divorce, there’s only one real reason that matters in the state of Washington: “irreconcilable differences.” It’s important that you understand what the term means to the no-fault divorce process in Washington and how the reason for your breakup could affect the divorce proceedings, including alimony and child custody.

In some states, there are at-fault divorces, in which you must have a stated reason for divorce and then prove that your spouse has violated the marital contract in some way. But that’s not necessary in the state of Washington, which adheres only to no-fault divorce laws. With a no-fault divorce, you do not need to have a specific reason to file for a divorce beyond believing that the relationship is irretrievably broken. That is usually the definition of “irreconcilable differences.”

What specifically constitutes an irreconcilable difference can vary depending on the couple, but here are some common examples of reasons why couples may decide to end a marriage:

No matter the exact cause, the key to an irreconcilable difference is that it’s not something you feel can be solved with any amount of counseling, therapy, or open communication with your partner. Irreconcilable differences are terminal to the marriage, so if you believe that to be the case, you have grounds to file a divorce, and it will usually be granted.

How Irreconcilable Differences Affect Your Divorce

Proving marital wrongdoing is not necessary with a no-fault divorce proceeding, and Washington does not recognize at-fault reasons for divorce at all. The specific “difference” won’t affect the outcome of your divorce. However, evidence of certain kinds of wrongdoing could be used in making decisions about child custody and alimony.

In certain cases, evidence of infidelity may result in an increase in alimony payments if it is believed that the cheater used marital assets to fund the affair. Evidence of infidelity, drug abuse, or other marriage-breaking behavior may also be relevant during the child custody phase of a divorce, as it could bring into question your partner’s ability to make sound decisions when it comes to childcare.

Get Help With Your Divorce

Irreconcilable differences are an important part of a divorce in Washington. The issues that drove you apart may have persisted from day one, or they could have developed over the course of the marriage. In either situation, when you’ve had enough and decide that the marriage is no longer salvageable, a no-fault divorce due to irreconcilable differences is how you can move forward with your life.

At the Law Offices of Molly B. Kenny, we understand that it’s never easy to end a relationship. We serve a diverse range of clients in the Seattle area and have decades of experience with many difficult divorce situations, including high-conflict divorces, domestic violence cases, and high-asset situations where significant assets are at stake.

To arrange a private consultation to talk about your own divorce situation, call us today, or use our online contact form to send an email.