Are gifts excluded from a divorce settlement? 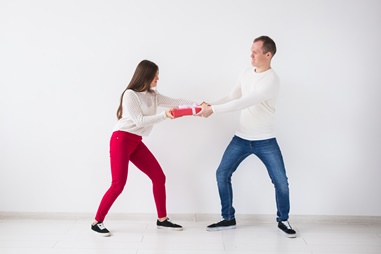 Financial considerations are a common reason people put off filing for divorce in Washington state. Many couples are hesitant to split marital debts, while others are unsure whether they could survive without a partner’s income. Others are keen to hold onto assets that they feel are theirs and theirs alone—such as a considerable amount of cash, trust assets, or property given to them by a loved one.

A gift from a parent or grandparent can have both sentimental value and financial security for the recipient. As one of their most prized possessions, the thought of sharing the gift with an ex-spouse may be too much to bear. Fortunately, the law allows for the majority of recipients to keep the full amount of a personal gift after divorce.

How Gifts Are Treated in a Divorce Settlement

In Washington state, a couple’s marital assets are divided under the doctrine of community property, meaning assets are dealt with equitably instead of equally. However, some assets—including gifts—qualify as separate property, meaning they might remain the sole property of the recipient spouse. In the end, it is up to the judge to decide.

Gifts may qualify as separate property if:

When Could Gifts Become Community Property?

There are some situations where gifts could become part of the marital property. The first is when gifted assets have become commingled with marital assets. For example, if a cash gift is deposited into the spouses’ joint bank account, the gifted assets could be considered owned by both spouses.

A gifted property could also become jointly owned by spouses if the property is improved or accrues value during the marriage. For example, if you owned a vacation house before marriage but your spouse has invested joint funds into improving the property, the house may become marital property.

An Attorney Can Help When Gifts Have Become Commingled

If separate property has become commingled, there are ways to ensure that it stays in your possession after your divorce. Documentation such as bank statements, deeds, and correspondence is vital to establishing a gift as your separate property. The more evidence you have stating when the gift was given, how it was given, the terms of the gift, and how the cash from a gift was used, the more likely the gift is to be considered separate.

You should keep in mind that divorce is a negotiation. If you have assets that are important to you, it’s likely that your spouse also wants to keep certain property. If you are on good terms with your spouse, you may be able to agree to terms that benefit you both. If the marriage has grown contentious, you may have a hard time convincing your spouse to let certain items go—or your spouse may want to keep “your” property simply to deprive you of it.

At the Law Offices of Molly B. Kenny, we approach these negotiations carefully, allowing you to keep a gift that was meant just for you while still maintaining an equitable distribution of property. Call us today to arrange a private consultation, or use our online contact form to have us get back to you.