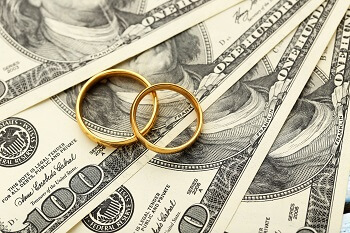 A North Carolina judge awarded $8.8 million to a husband after trial in a case where the husband filed suit against the man with whom his wife had an affair.  The husband claimed the man caused the end of his marriage and thus was legally responsible for “alienation of the wife’s affection.”

In this type of scenario having sex with someone who is married, and the marriage ends, can land the lover in serious legal trouble.  The policy behind the claim is to protect married people from having their opinion of their spouse influenced by an amorous outsider interloper.

Alienation of Affection in Washington State

In 1980, the Washington State Supreme Court abolished the claim of “alienation of affection” in Washington State.  The Court noted that while the claim had been viable for a century since the state was a territory, it no longer made social sense.  The court noted that a viable marriage is no longer based on preventing an amorous interloper from trying to influence one spouse’s opinion of the other.

But is that true?  How many marriages have ended after an affair and the cheating spouse then runs off with the amorous interloper?

According to the American Psychological Association (APA), infidelity in the United States accounted for 20-40 percent of divorces.

In Washington State Can Jilted Spouse Sue Ex’s Lover For Alienation Of Affection If Affair Results In Divorce?

No, you cannot file an alienation of affection lawsuit against your ex-spouse’s lover in Washington State.  Of course, if you have been the victim of cheating in your marriage you know full well that the interloper’s actions of having sex with your partner impacted your partner’s opinion of you.  However, in Washington, you will need to be content with going to therapy to work through it---you won’t be getting a big check from the “amorous outside interloper”.  Washington law cannot keep your spouse from having sex with someone else.  It’s not illegal to have an affair.